I'm currently sitting content in an AirBnB overlooking Rotorua with a coffee next to me and a gorgeous day starting to show itself with a magnificent sunrise. 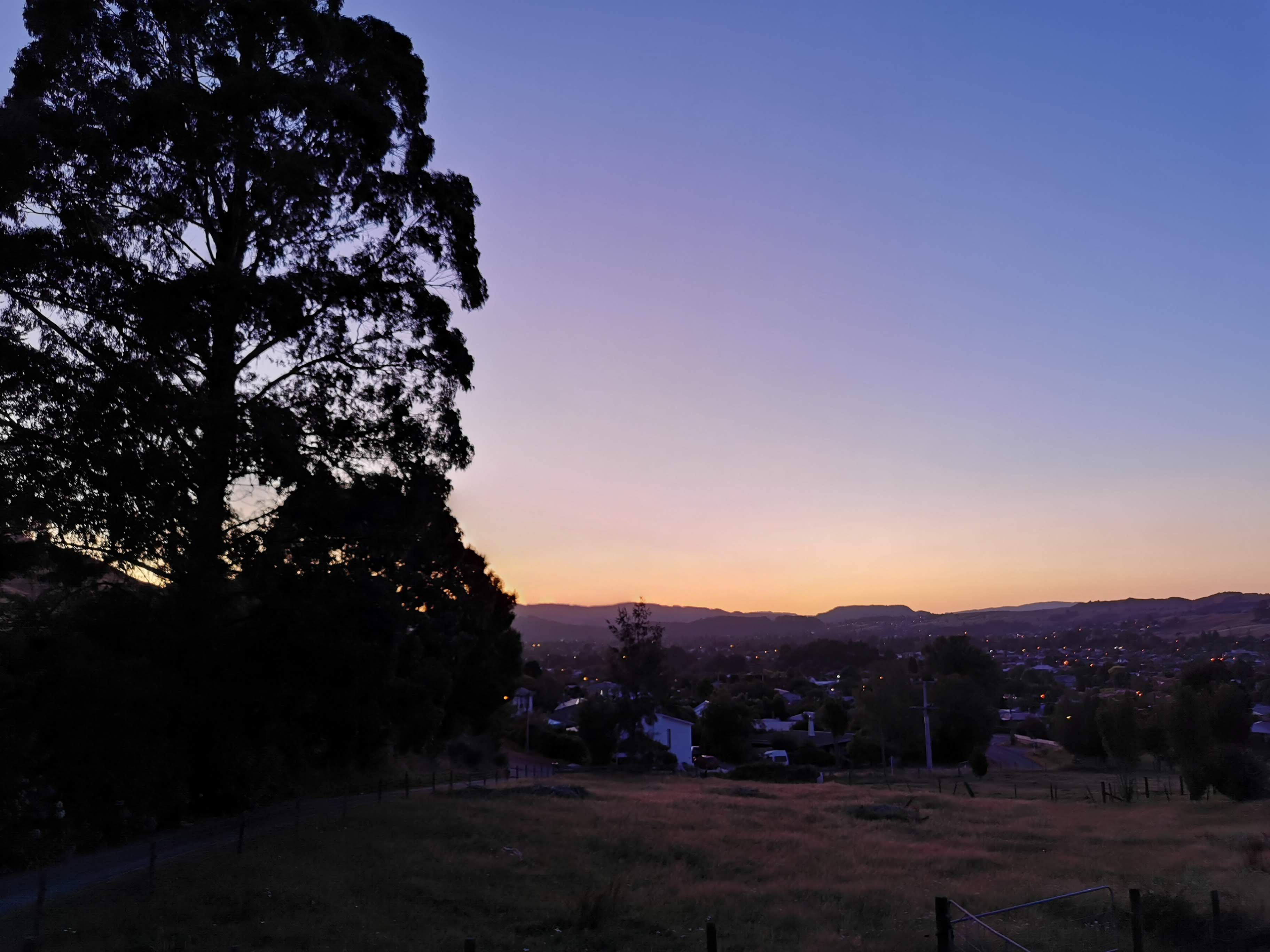 The rest of the family, who have traveled up here with me to support me at the Tarawera Ultramarathon 50k race tomorrow, are still fast asleep in their respective rooms, and aside from the odd natter of birds outside and the low hum of the refrigerator, there is a deep peace surrounding me.

I have had near to this experience before. In fact as luck would have it actually quite a few times, yet this is the first time I've felt compelled to write during this kind of moment. And to be honest, the first time in ages that I've felt compelled to write enough to actually publish anything on this blog - despite having more than enough positive or interesting experiences to write about in the past....cough Trail World Champs Race Report cough.

The reason that I'm putting fingers to keyboard now, as opposed to the many other times I probably should have, is due to the aforementioned Tarawera Ultramarathon 50k race I'm taking part in tomorrow, and the history I have with this race and how it's shaped me, shaped my running career, shaped my attitude and led me to be where I am right now. Which right at this moment is sitting in this cottage with a smile on my face and feeling a hint of the fantastic excited nervousness I'm sure a thousand other people in this city are right now.

So jumping back a bit, pretty much three years to the day, early February 2017, there was a similar story in that my family and I set on a road trip to Rotorua in order for me to run my second ever ultramarathon, the what was then 60k race from Lake Okareka to Kawerau.

While it wasn't my debut ultra, and on paper was a lot easier than the WUU2K I had run 6 months previous to it, this was to be the first ultra I was running in which I had very high hopes of performing well in. Three months earlier, I had enlisted the help of Chan to coach me, with the number one goal of racing well enough to get into the top 5 and be on the podium of one of the most prestigious ultramarathons in New Zealand.

It was a rather lofty goal for me at the time, and with another three years hindsight it seems like I was reaching far beyond anything achievable, but without that north star pointing me forward, I wouldn't be telling this story.

So I'd set a pretty tough goal for myself, and I went about getting as fit and prepared as possible to challenge for that podium in February 2017. I spent three months following my first ever significant mileage training plan, including my first ever 100km week. Which soon became my first ever multiple 100km weeks in a row, running up to 120km in a week including some tough endurance and speed workouts. I'd laid down a very solid base, and then done a couple of epic Sunday runs to get in the big days. As the day to head north came near, I felt as ready for a race as I had ever been, and I was confident that I was going to do well.

However this confidence, and the amount of training that had led to it, bought with it some new challenges I hadn't faced before. I found that I was under a lot of pressure, and was starting to stress that all the effort, sacrifices and time I had put in, had to, just HAD TO, all come together on race day and provide the result I was aiming for.

Otherwise what was the point of any of it.

It was very much a matter of the goal being everything. And the process, while something I knew was important to reach that goal, not being important at all and was something to be disregarded, with all eyes focused on the upcoming race.

On race week, this meant that I was a little bit of an annoying person to be around I'm pretty sure. I mean, I'd not been completely self centered and had actually engineered the week in Rotorua to be as much of a holiday for us as possible, and we all had an amazing time staying by Lake Okareka and doing all the fun things in and around Rotorua. But I had one thing on my mind the whole time we were up here, and I was constantly stressing about this, that and the other. Any spare time was spent going over menial details and swapping my plans here and there and constantly checking with Clare she knew what she was doing to help support me and...yeah it was very much a mindset that was more consuming than it should have been. 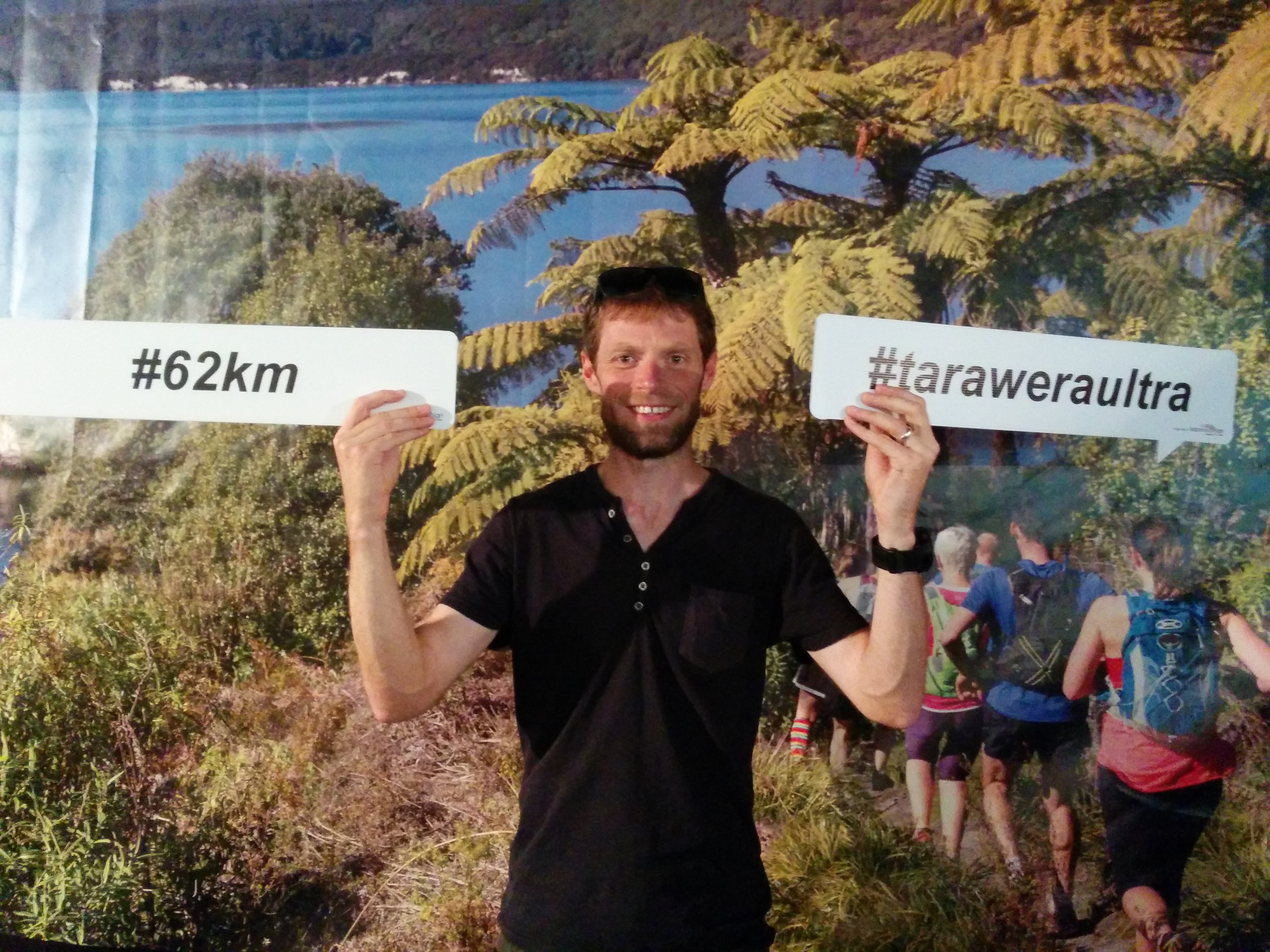 And then, without much warning and in not so subtle slap to the face from life, I learned the hard way that a lot of what I'd been doing was wrong.

About 12 hours prior to the race start, while preparing to settle down after dinner, I started to feel queasy in my stomach. That queasiness was followed by 10 hours back and forward from the bed and the toilet, as my body dealt with a bout of food poisoning it had picked up from from something inconspicuous yet dodgy I'd eaten earlier in the day.

And with that, my race hopes were over. It was a rather somber and somewhat ironic moment when my last round of vomiting was exactly when my alarm to wake up to get to the race start line went off.

At the time it was understandably devastating, which my other blog post points out in more detail. However throughout the day as I had a lot of time to contemplate things, and even during the night when the sickness was literally flowing through me, I knew that I could choose one of two options in how I could deal with the whole situation.

Either I could let this disaster eat at me, become the worst thing in the world and be shitty at the hand I was dealt for the foreseeable future. Or, I could grieve for a little while, and when ready, reflect back on all the experience that I had gained in the previous three months, particularly the previous week, and learn at least one lesson. 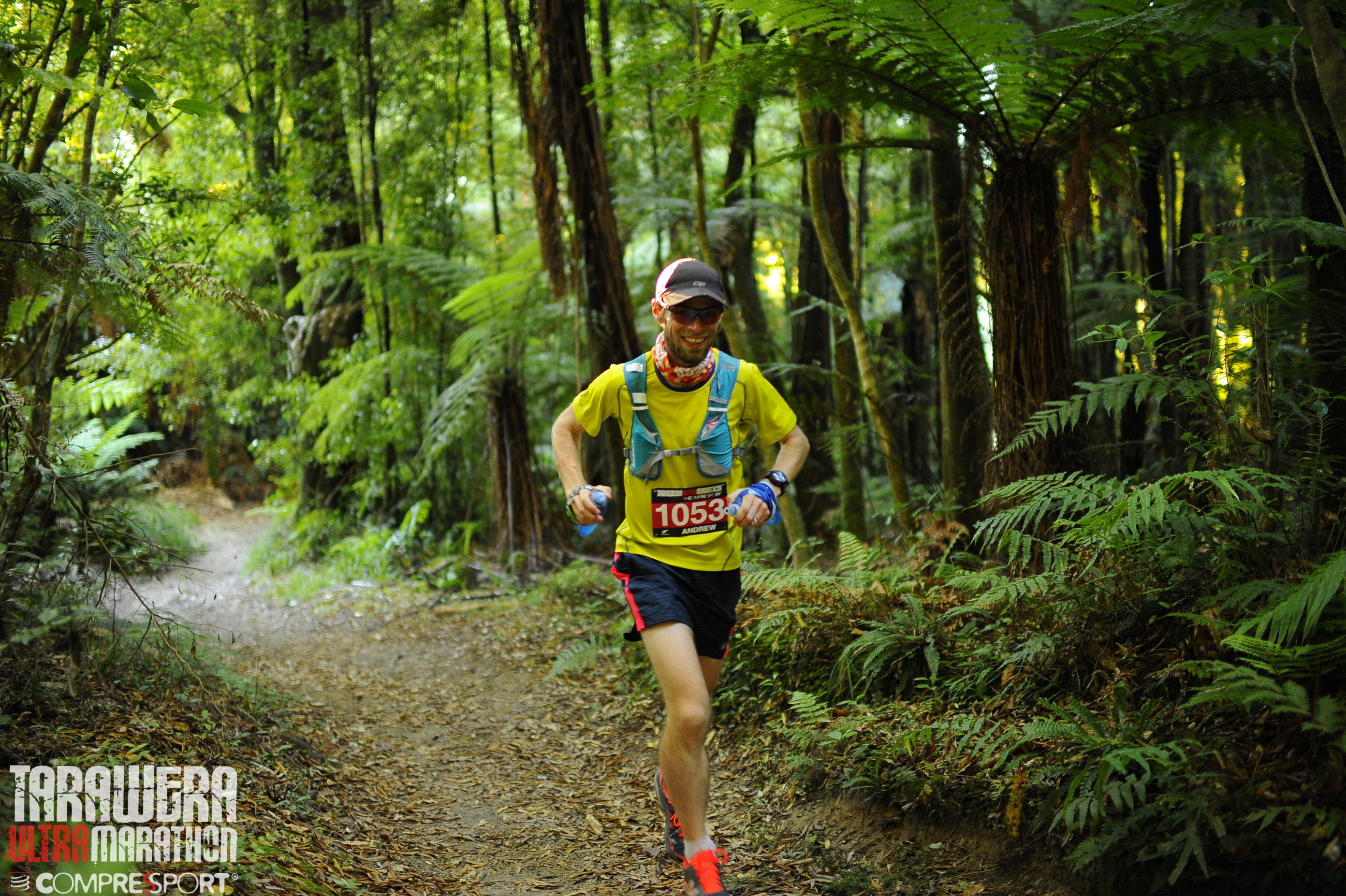 I chose the latter, and I would hope most people would choose that path also. I don't think I'm very special in doing so, but I point it out because it was definitely a choice I feel I had to force myself to take at the time.

So, as I write this post right this moment - a key race less than 24 hours away from starting, it feels as if I absorbed a lot more than just one lesson from that fateful time, and it's a bloody great feeling to know it.

So what am I taking with me into tomorrows race:

The main thing is just feeling ready and not constantly trying to find something else to need to do that will help in the race. I feel I would have twigged to this regardless after another proper training block, as I suspect it's something that has to sink in sooner or later. To put it as simply as any coach will explain, all the work to this point is done, so stressing about anything isn't going to help me get across the line any faster.

I've also learned to get some things sorted in advance, stick with it, and not continually adjust. This leads on from the former point where I would almost fill the gaps during a taper period with busy work or second guessing things that would undo any prior planning. I just have to remind myself in those times, nearly everything in a race is something I've done plenty of times before, I know that I can't plan for everything, just take the known into the race and problem solve if need be.

The main thing I think I learned, and that a debilitating sickness the night before a race can teach you, is that the race is just that - a simple running race. It's nothing more that needs to be put on any special pedestal, no matter the size of the goal or amount prestige attached to it.

Lastly, and one thing I realised I had forgotten with the Tarawera attempt in 2017, is that I do this first and foremost for fun. I race hard and want to win, of course, but I do that because that is where I find the fun also. So, when I often find myself drifting towards the odd bit of anxiety about an upcoming race, including the one due to start tomorrow, I just have to remind myself that it's just a bit of fun. Actually it's more than that - its a hell of a lot of fun. It seems that if I have fun, and I find things will come easy while racing.

And so that's where I am right now.

Yes I'm a little nervous - no ultra is run hard without a little suffering.
And yes I'm excited - I get to mix it up with some top runners on a new course tomorrow.

However;
I am prepared, I'm going to have fun, my family and friends are going to support me, I'm gonna push as hard as I can and see how well I can use all the months of training I have done for this race and, with a little luck, I'll come on the right side of the result I'm after.

Sounds simple. Just sucks it took a bloody dodgy chicken nugget from a gas station to show me that. 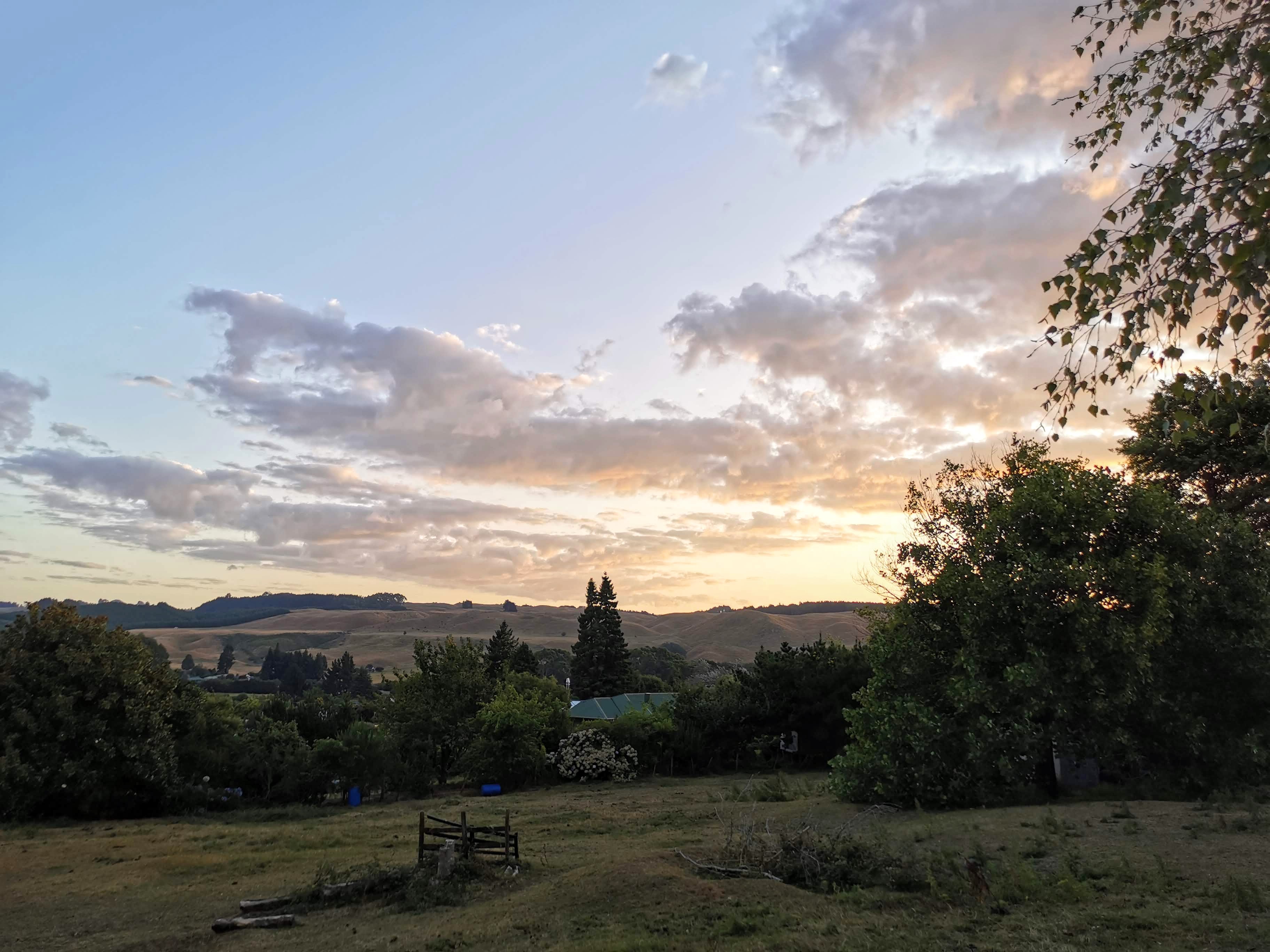 Back on the horse

It's been a long time between drinks for any post action here on this blog, that is for damn…

Just under a month ago, it was Friday afternoon and I was at work expecting something big to land…