This weekend is going to be an interesting one to say the least, as I set out to traverse the Tararua ranges from the north to the south, in under 24 hours to become the latest member of the SK Traverse Sub 24 club.

By doing so, I'll be achieving a goal that has been bouncing around in my head for at least the last three years (see this tweet), and simultaneously reaching a bunch of 'firsts' with respect to distance traveled, time on feet, elevation gained and, in all likelihood, amount of pain felt in a single run.

The fact that I'm on the verge of doing this within the next couple of days is a slightly odd feeling. I've thought about it for so long, and even when I'd planned to do it this summer, I wasn't sure if I was really serious about it. As previous summers had come and gone, I'd started all of them with the idea that I may be able to give it a crack then, but as it turned out, I fairly quickly dismissed any possible opportunity for an attempt due to many reasons, most of them encapsulated in the thought that I just "wasn't ready".

This summer may have gone the same way, but for the fact that I was forwarded an email by another potential SK assailant, Karl Yager, who stated his similar 'maybe/maybe not' intentions. They say a "burden shared is a burden halved", so having someone else to share the pain in training, the load of logistics and ultimately, to share the experience was something that we both gravitated towards and soon we became each others enablers and decided to give the route a shot together. 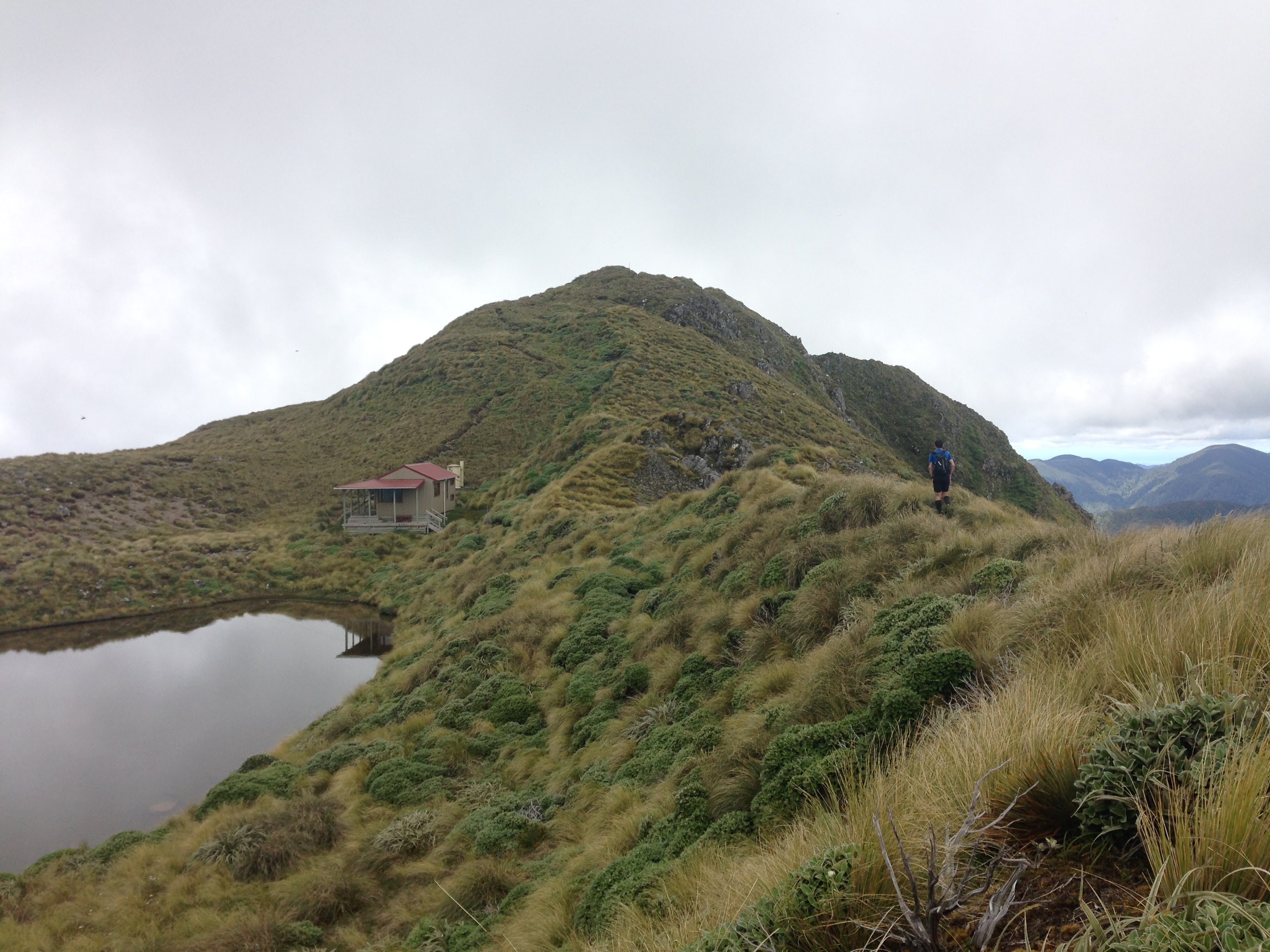 Alas, the best-laid plans of mice and men often go awry, and in this case, they went rather sideways. Just before Christmas, with a date set, logistics sorted and excitement building, Karl messaged me with bad news. He exclaimed that he'd broken his hip in a fall while training, that there was to be no SK for him when we planned to do it, and the first opportunity for him to run again would be 8 weeks away. My first thought was utter anguish for Karl. I have experienced first hand being robbed of the chance to fulfill something you've worked so hard for right before you do it, that was last year when I contracted food poisoning the night before the Tarawera Ultra-marathon. Its a feeling like you've been ripped off of something more than a tangible asset. You've been denied an experience, and an epic one at that, and you'll never get that back. Now the situation is slightly different, because I have no doubt Karl will bounce back and make an attempt on the SK as soon as it's feasible, but in this case, our joint venture was at an end, and I had to set about preparing to do it on my lonesome.

That mindset has been more difficult to come to terms with than I imagined. Leading up to this weekend I had some training goals I wanted to reach, and in the course of doing so, was constantly battling myself as to whether or not I was ready for such a massive endeavour. 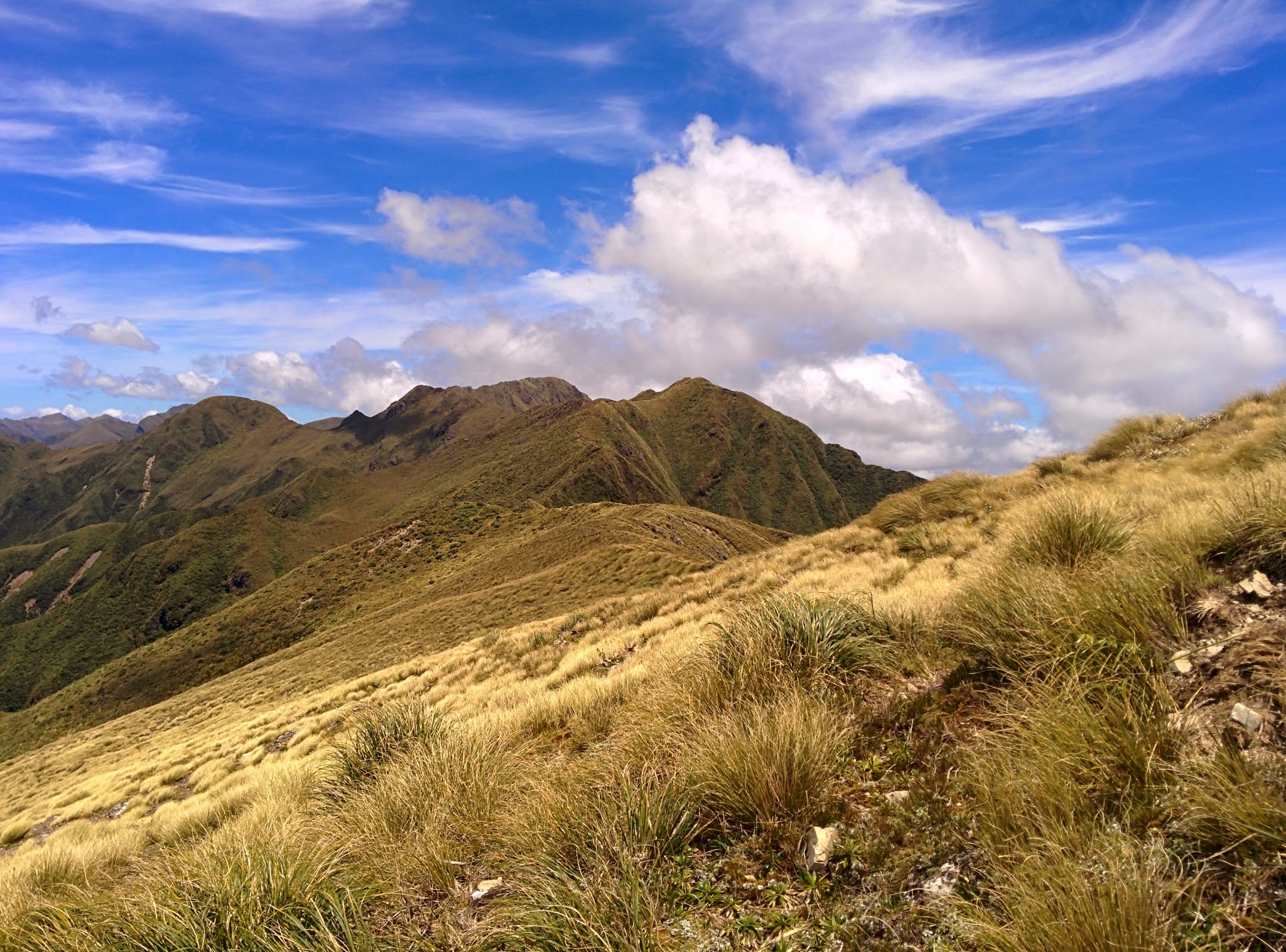 The Tararuas on a good day. Looking south from Herapai towards East Peak. I will be traversing this section in the dark.

Even just at the start of this week, I had written it all off completely only to change my mind again after writing down specifics as to what I was worried about and what the actual reality of things were. All the things that I thought were reasons for not doing this, while fair enough in context of someone who isn't prepared and fit enough, were just excuses, and missing the point of why I want to do this in the first place.

I do have many reasons for attempting the 24 hour SK Traverse, and I'll be the first to admit that a lot of them are fanciful and wishy-washy, but if I was to pick one that stands out more than others, the reason I want to do this is that I just absolutely love the Tararuas and the challenges they pose. The experiences I've had in the Tararuas are always special, and I know that the SK being the ultimate challenge the Tararuas have to offer, I'll be experiencing the awesome mountain range in its entirety that is going to test me like nothing I've ever done before.

There is every chance I could fail at this of course. The notorious Tararua weather, my knee that's been playing up, and the fact it's the longest endurance effort I've undertaken with so many unknowns, could all cause me to curl up into a ball and cry until a helicopter picks me up. But that is not the plan, and I'm going to work as hard as I can to complete this. There are very few bail out points, and the last one of those at the top of Bridge Peak offers you a left or a right turn. Turning right takes you to Otaki and shopping. Turning left takes you to Kaitoke and glory.

It's going to be a massive adventure, right on my door step, and I cannot wait. NO SLEEP 'TIL KAITOKE! 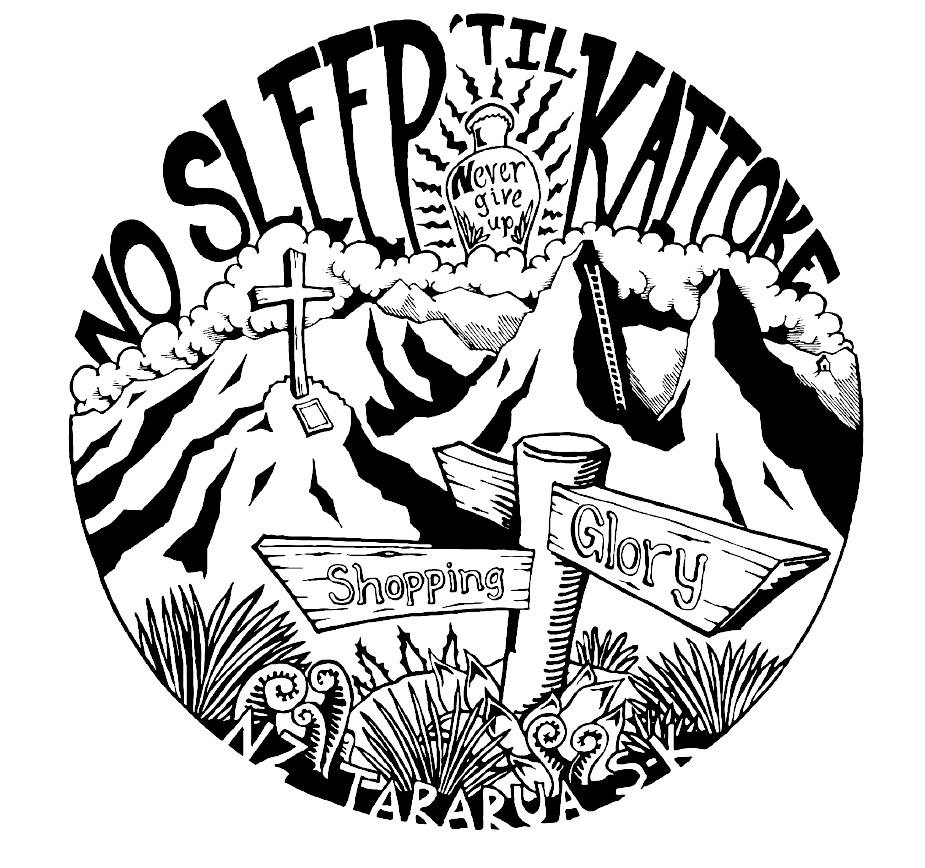 Design by Seanoa Isaac for the Big Sunday Run Group

Notes: I plan to set off at 3.30am Sunday the 15th - finishing approx 1.30 Monday 16th, at the very least by 3.30am - all things going to plan.
You can follow my progress via a Spot Tracker here
https://trackme.kiwi/event/publicview/44

A race report about the time I became a national champion.

Jeez, as I write this race report, I've just realised it has been a LONG time between my last…