That was the question I was asking myself on the start line of the 2015 edition of the Goat Tongariro, a race which the organisers love to say is "17km worth of hope, and 4km worth of truth."

The reason for asking this, was due to finding that gem of a slogan on a t-shirt at the Kilbirne Salvation Army shop previous to our departure north. It was decided by our travel party that first of us across the line would get to wear said shirt at the 'ugly shirt/sweater' afterparty the event was holding after the race. With an addition to simple bragging rights, now things were getting serious!

The day of the race dawned with the mountain completely covered in cloud when viewed from the chalet window, and the forecast was for some rain and strong winds. I was positive that they were going to make us run in warm gear, so I made my first mistake of the day by putting on a short sleeve polyprop top, and leaving my lightweight, quick-dry shirts in my room.

The reality of the what the weather was going to be like however was quite different, as the bus that ferried us to the start line broke through the cloud halfway up the bruce road, it turned out that the course was going to be soaked in sun and have very light winds. Truth be told, I was much happier to be running in slightly warmer gear in better weather than slightly warmer gear in shite weather, so I just dealt with the situation. 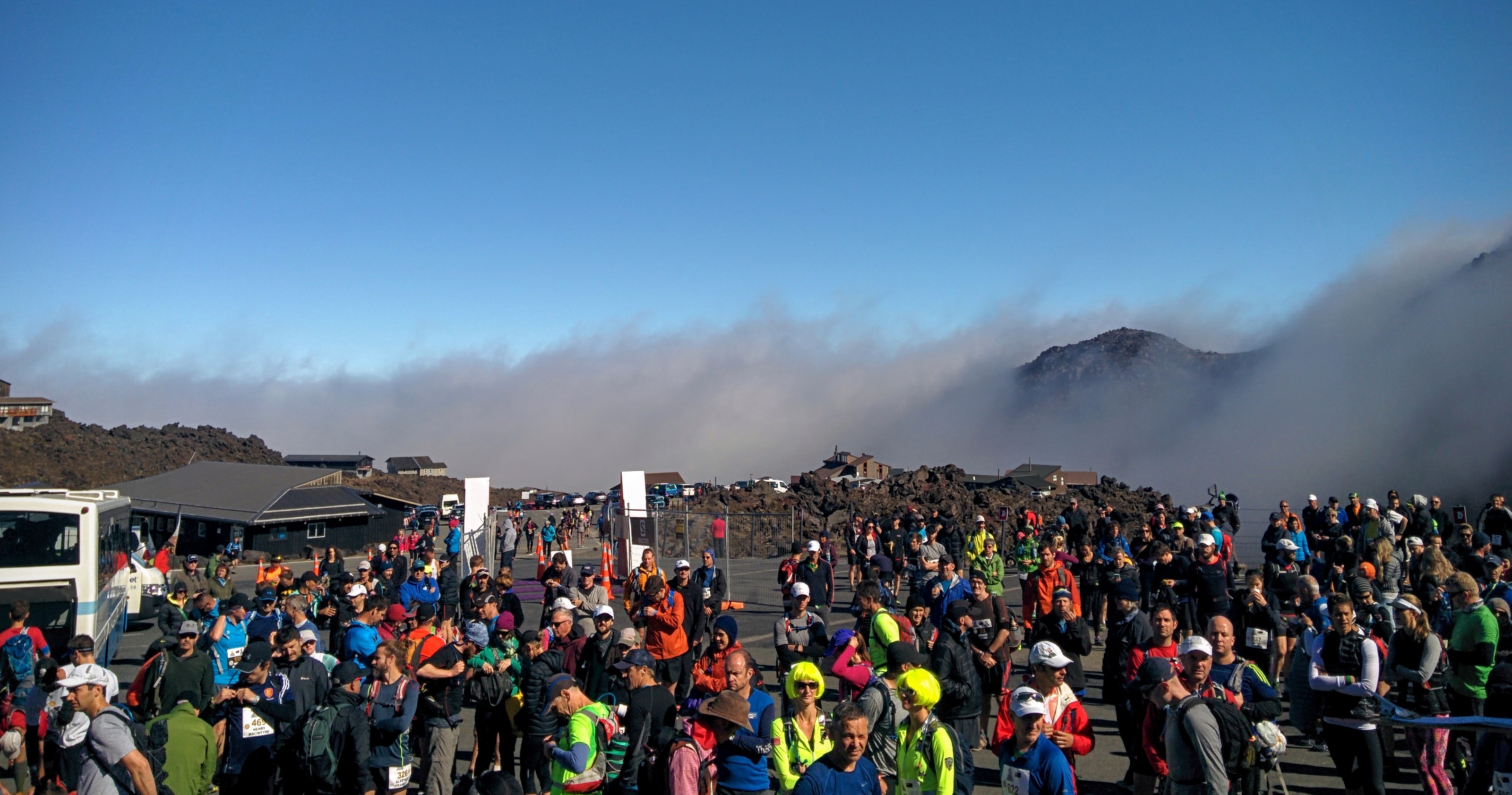 For the next hour and a bit after getting dropped off, I was in the middle of the golden pre-race period. Call me strange, but I love this time before a race, where you do everything including; a lot of people watching, taking a few selfies, tending to your nervous excretions in the portaloos, finding people you may or may not know and chatting to them about the impending pain, and a lot of contemplation about how you got here and what is to come in the next few hours.

And then it was time for the first wave, my wave, to go. As I stood in the holding pen with the other wave 1 competitors, including good friend of mine, Fraser Mills, I know I was beaming. I was feeling so amped about starting a race that had been in my thoughts so damn much recently, I just wanted to get out there and do it.

The horn went, and we were off! Over the timing mat, through the gate and down the Bruce Road.
I would consider the pace I was running 'tempered', purposely held back to just on or under 4min/k because I knew I had a tendency to get a bit excited early on. Of course there were a bunch that put on a big stride and by the time we hit the trail, I was about 40 runners back, with the leaders a good 500m in front.

The next 3kms, as planned, was were where I made a few of moves overtaking people who suddenly slowed up on the technical terrain. Leading into the first climb, I was feeling pretty good, but also could feel the heart rate getting up there as the gradient pinched a little.

As I reached the top of the climb, I looked to my right and noticed Fraser alongside me, I was both stoked and surprised! For some reason I'd thought I was well ahead of him after the road section, and that I must have slowed down up the first climb enough for him to catch me, but after the race Fraser explained he was sitting on my heels the whole time up until then.

This was the second mistake I'd make today, as due to my assumption I was slowing up, I then decided to take the downhill on the switchbacks more conservatively than I possibly would have otherwise. I sat in behind Fraser and picked up some people who weren't so adept on the downhill (one competitor straight out missing a corner!) and once at the bottom, decided to try push harder again.

For the next 6 or 7 kms, I concentrated as much on efficiency as possible. This meant a lot of power hiking up the steep climbs, but always making sure to break into a run where the gradient suited it or if I was about to reach the apex of the climb. I made sure to look ahead and pick the best line on the trails, as you could easily find yourself hitting a clay wall you'd need to pull yourself up with more effort than if you'd gone the simpler way you could run up. All through this time, I wasn't picking up any runners, but I was starting to get further ahead of the group that I was with, which included Fraser.

At about 11km, after the last major climb in the middle section, I noticed a runner I had slowly caught was looking around at the environment, so I decided to do the same. Holy moly, the view was amazing. I cannot fully describe how overawed I felt looking to my left up at the snow capped brute of Ruapehu, and to my right seeing the massive expanse of the central plateau, but suffice to say, it's a moment I'll remember fondly for a long time to come. Not only did the view inspire me with awe, but it inspired me to get a wriggle on, so I decided to pass that runner and put in a decent push. This section was slightly downhill on nice soft mud single track, with very little rocks, and I had a blast going full tilt along it. 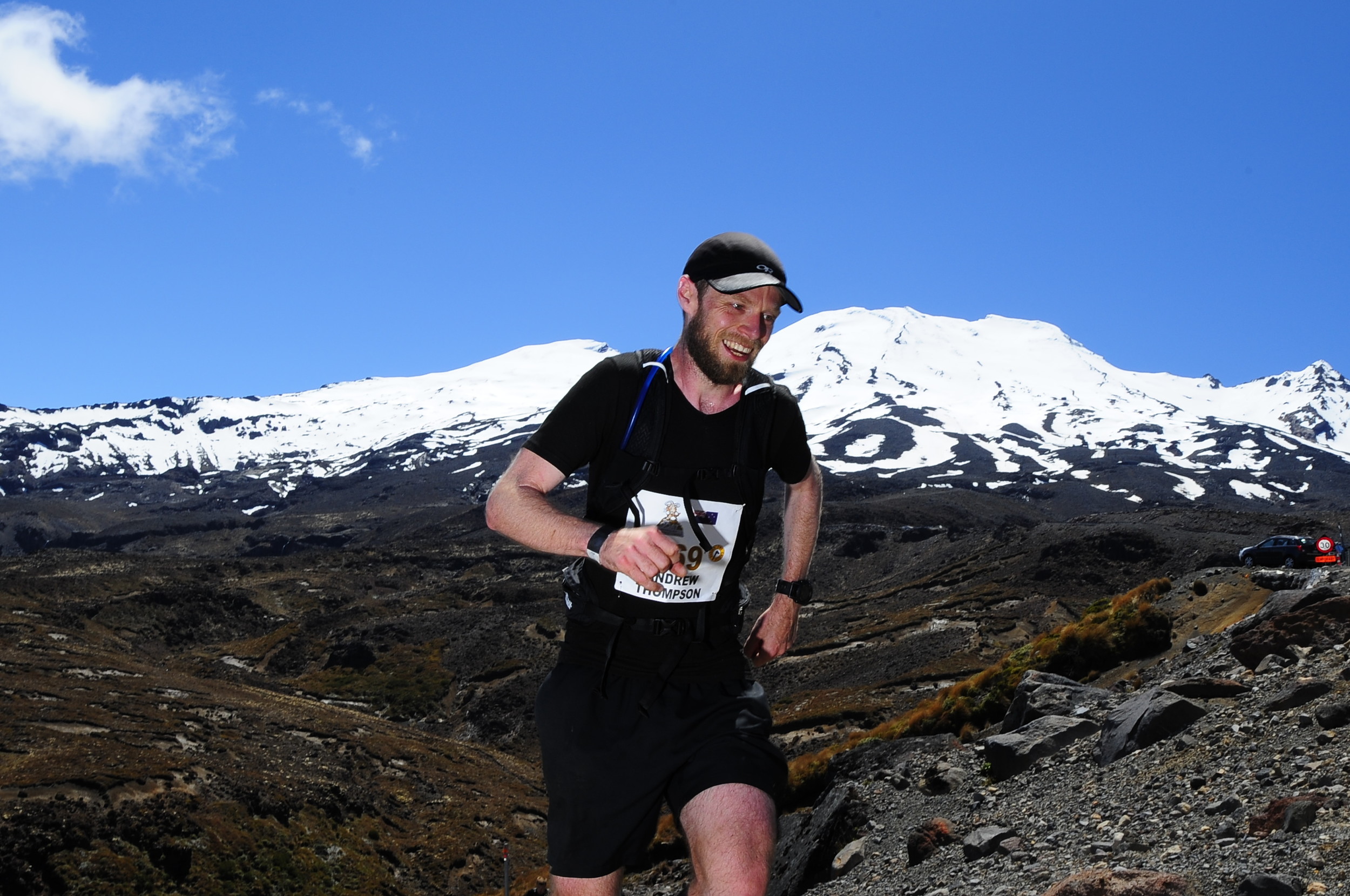 The next 4kms were downhill, and I put in a lot of effort to make sure I negotiated this as fast as possible, because my assumption that there are always fast runners who tend to hold back on the downhills, due to being too cautious or tired quads. Sure enough, I picked up a couple of runners closer to the bottom of the trickier sections, and I was stoked that my race was all coming together. Just one last brute of a climb and I could have a beer!

Heading up to the waterfall/lava flow climb, you can see quite a lot of the course in front of you, and I spotted 3 runners making their way slowly up the rock face. By the time I reached the top of the hill (300m vert later), I'd passed each of them, and had one more in my sights as we ran to the start of 'Mumma's Mile' together.

Mumma's Mile, is the last 1.6kms of the race, on the Ohakune Mountain Road, and is so called because it will make you cry out for your mother as you try to run it. It's very tricky to run at all, let alone fast at the end of a long technical run, and I unfortunately found myself switching to a power walk on a couple of occasions. This let the runner I'd just caught up to get a slight edge on me, and as we both put on a sprint for the line at the end, I couldn't make up the time on him and he pipped me by 14 seconds.

That was the last thing on my mind however, as I just finished the damn race, and all I was thinking about was how much fun I'd just had. I took an assessment of my time, 2 hours 33 minutes, a full 18 minutes faster than the previous year. Not quite the sub 2 hours 30 I wanted, but close enough to feel accomplished in what I'd just done.

4 minutes later, Fraser jogged into the finished chute, and as we shared a beer together, the discussion quickly turned to the original question - Rockstar or Athlete. And I have to say at that point, I felt like both! 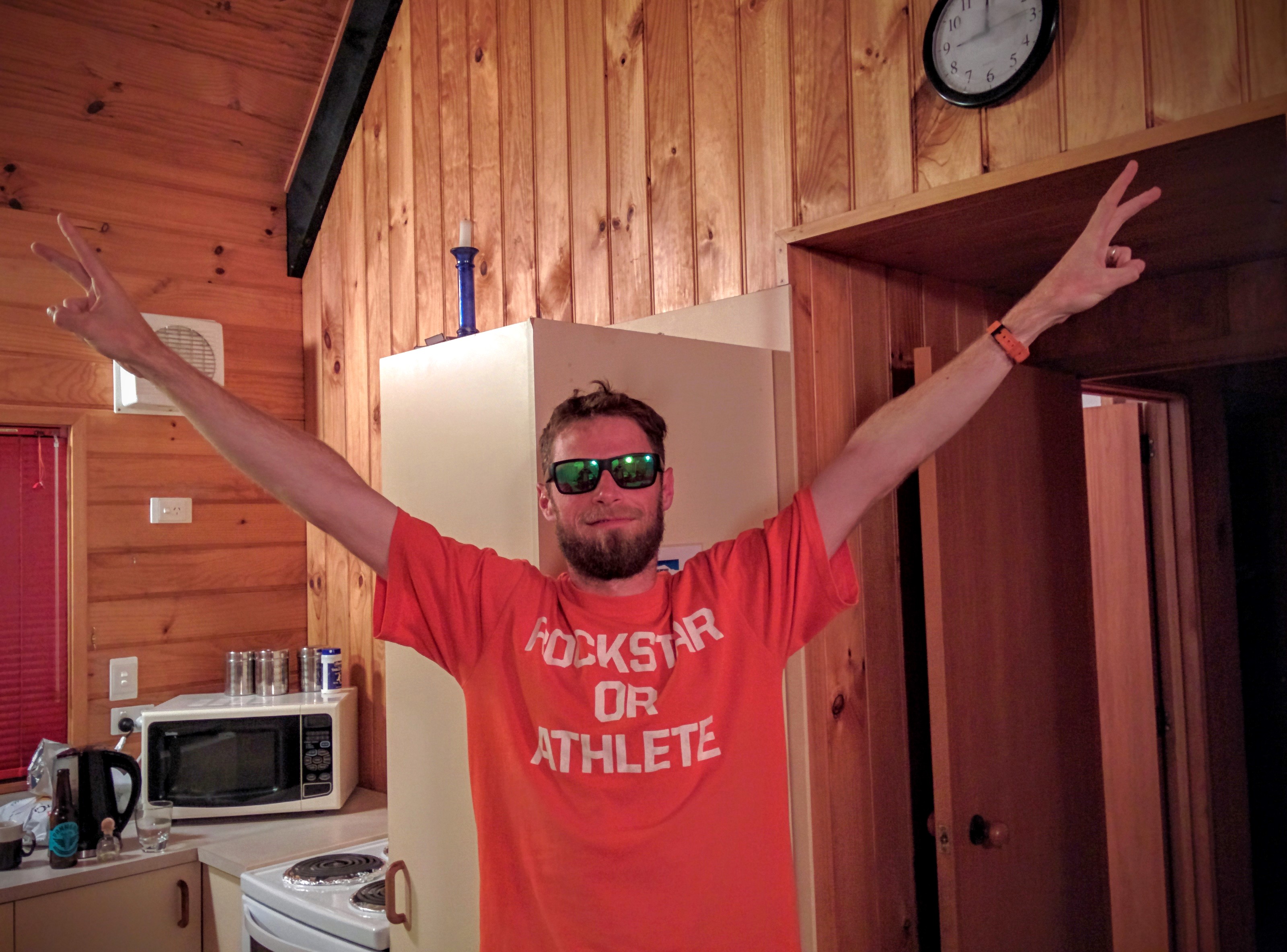 Get out your paint brushes and colour me excited! One of my favourite mountain races is only two weeks…

Hello and Happy New Year to everyone. Unless you're reading this well after I post it of course. If…